ROSACEA
Rosacea is a skin disorder primarily affecting the face. It is characterized by redness on the cheeks, nose, chin or forehead, small visible blood vessels about the face, a series of bumps or pimples on the face, or very watery and irritated eyes. Rosacea is not a contagious condition. The actual cause of Rosacea is still largely unknown, but there are factors that appear to contribute to the development of Rosacea such as; genetics, lifestyle factors, certain foods, and personal activities. 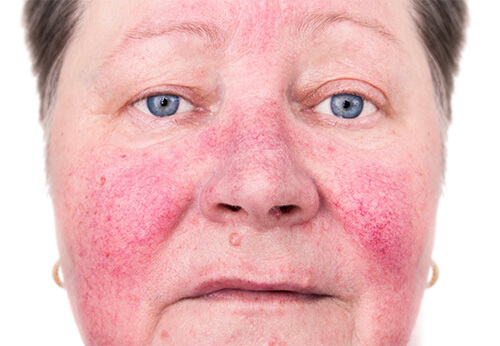 "Thank you for the amazing products, the great prices, and the fastest delivery of anything I have ever ordered online! These skin products work well for me. A loyal customer I now am!"
- Doris Beverly